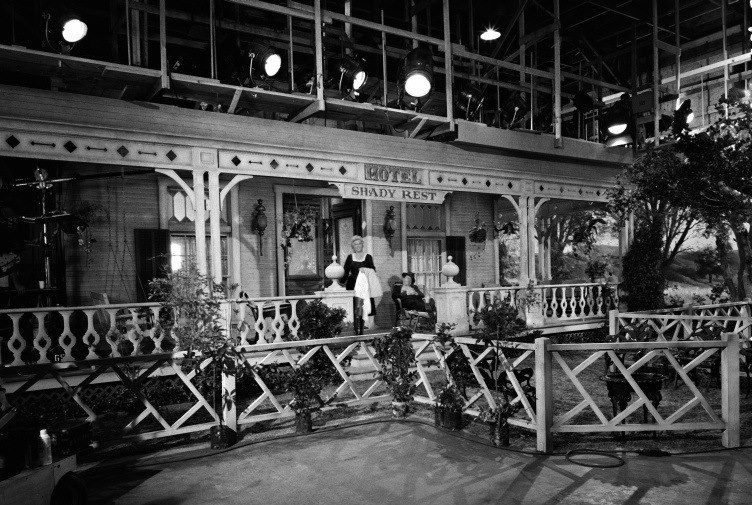 Bobby Ellerbee, of EyesOfAGeneration, recently posted this image to Facebook and commented:

TeleTales #93…You Mean It Wasn’t A Real Hotel?

Did you know that “Petticoat Junction”, created by Paul Henning, was based on the stories told him by his wife Ruth, who had spent summers at a small hotel located near the train station in Eldon, Missouri?

Speaking of Missouri, that’s where Henning was raised, and on a camping trip near Branson, he wrote the Ballad Of Jed Clampett, and came up with the idea of “The Beverly Hillbillies”.

Henning also wrote for Fibber McGee And Molly, George Burns and Gracie Allen, Dennis Day, “The Real McCoys” and “The Andy Griffith Show”. The first show he created was the 1955 hit, “The Bob Cummings Show”. If you ever wondered if the Linda Henning that played Betty Jo Bradley was related to Paul, the answer is yes…she was his daughter.

After interviewing 1,500 women for the parts of the three sisters, he could only pick two. That’s when Bea Benaderet recommended Linda for the part of the oldest sister. Enjoy and share! -Bobby Ellerbee

There’s something so distinctive of the look/lighting of ’60s TV shows set outside.