Bobby Ellerbee’s Eyes of a Generation is a brilliant Website and Facebook page that posts amazing photographs and videos of television behind the scenes. Its main focus is the huge cameras used to record TV, but Ellerbee includes all manner of stuff. Recently, he posted a video of NBC’s New York and Burbank studios. It’s short, but it includes a quick pan past the sitcom Sanford & Son.

I’m going to be posting more from Eyes of a Generation in the future. The material Ellerbee posts is invaluable, bringing to light a lot of television history that normally remains hidden. 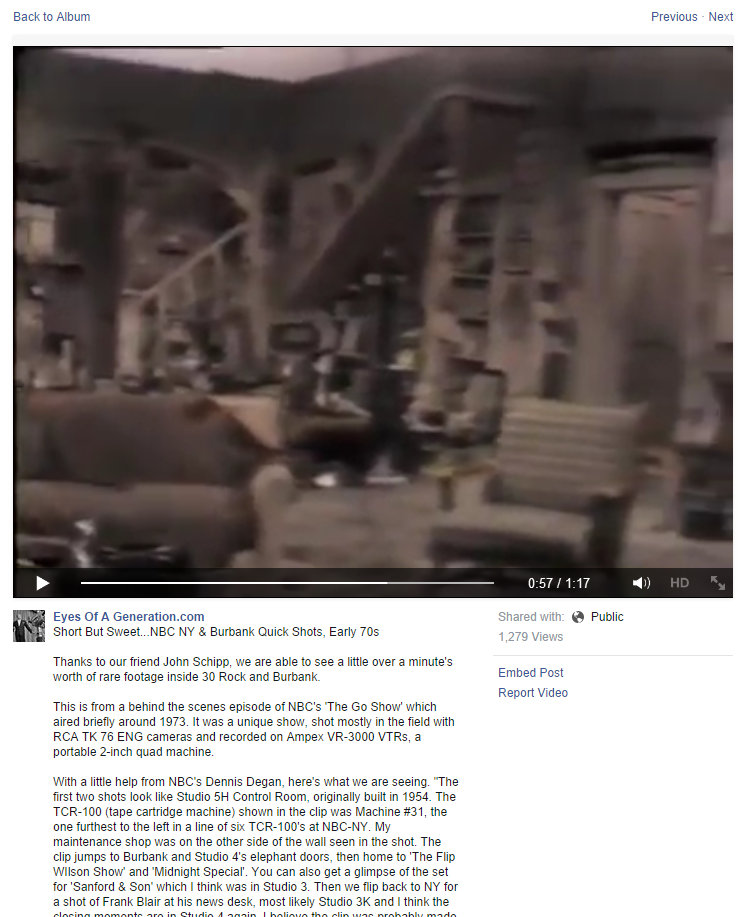