In Television: Critical Methods and Applications I used a screen shot of The Dick van Dyke Show to illustrate high-key lighting–even in a nighttime bedroom scene. 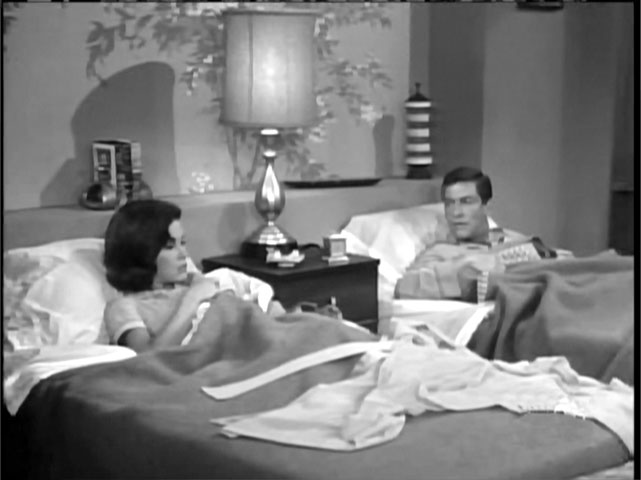 Today, thanks to a fascinating article by Xenia at Collar City Brownstone, which pointed to Shorpy.com, I found a behind-the-scenes photograph of that same set! Shorpy describes it:

1963. Dick Van Dyke and Mary Tyler Moore on the set of The Dick Van Dyke Show with Jerry Paris directing in front of the studio audience that served as their unbilled co-star. Photo by Earl Theisen for Look magazine.